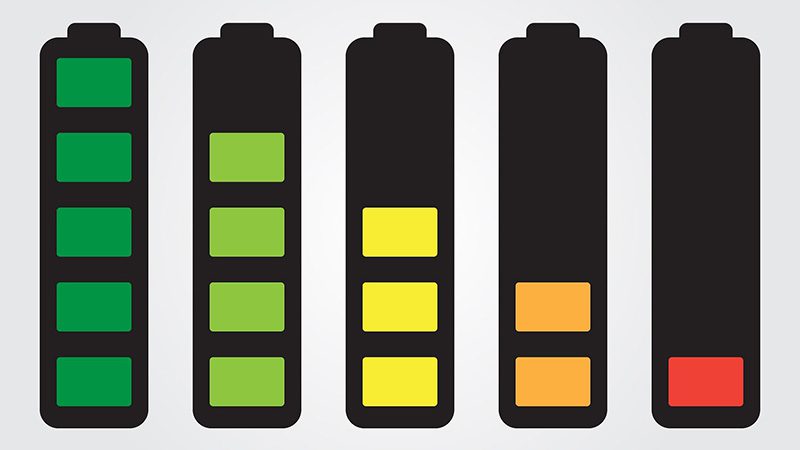 Grid connected batteries are being used for many grid services that would be much better and more cheaply delivered by large-scale long-duration storage, for four reasons:

We will consider what they are being built to deliver, service by service.

Because the manufacturers of each technology naturally emphasise their strengths and gloss over their weaknesses in order to present them in the best possible light, it is very difficult indeed to compare different types of energy storage. Please see this brief guide as to how to compare them.

Balancing services need to be delivered at capacities at least half of the capacity of a renewable generation farm. As many of these are large, so the storage required is large. As batteries scale up, they have few (if any) efficiencies of scale, and if built in a single building its cooling costs multiply with size; whereas the larger a CAES plant is, the less it costs per MW in both capital and operational costs.

Balancing services also need to be delivered for the duration of expected non-generation. This ranges from hours (e.g. evening peak and overnight, for solar in a location with excellent insolation) to days or even weeks (caused by weather patterns that extend low-generation periods, e.g. the fortnight-long kalte Dunkelflaute in most of Western Europe – not just Germany). Doubling a battery’s duration increases its capital cost by ~75-85%; doubling that of Green CAES TM increases it by ~30%; for Hydrogen CAES TM it’s ~15%.

Stability services are based on inertia, which provides the angular momentum required to ride through faults and reduce the Rate of Change of Frequency (RoCoF) which causes damage to equipment and which trips systems. There are a variety of such services such as inertia itself, phase-locked loops, voltage control and frequency control. However, using batteries to do so has a number of constraints because batteries are asynchronous, that is, they operate on direct current. This is a simple explanation of the difference between synchronous and asynchronous generation and its consequences. Examples of such issues include:

People generally refer to “active power” simply as power, because that is what provides the work done by the electricity. Reactive power is slightly different: it’s like the “push” that gets the active power round the grid. A more detailed layman’s explanation is here.

Delivering Black Start with batteries requires dedicated batteries that must be kept fully charged and so has no other revenue streams to offset its cost. Hydrogen CAES TM needs no capacity reservation. A hybrid version of Green CAES TM also has a spare capability to double its duration in time of extreme need (albeit at reduced efficiency), and therefore does not need to reserve its normal operating capacity. This makes battery powered Black Start a very expensive option.

Battery life is 8-10 years depending on the load case = duty cycles: heavier use consumes battery life fast. CAES plant life is 40-60 years with mid-life overhaul: the mid-life overhaul for Huntorf was at 27 years, and that for McIntosh at 29 years.

The efficiency of batteries is nearly always quoted gross, i.e. an internal efficiency only. Storelectric always quotes net efficiency, i.e. grid-to-grid. The main differences are power conversion (AC-DC and back again, which impose losses of 6-12% on day 1) and ancillary loads such as cooling (on day 1, ranging from 5-10% in cooler temperate climates, to 30% or more in hot desert conditions which are the best locations for storage combined with solar).

Then there is aging. By the end of life, the inefficiencies are triple those on day 1. So is the heat emission and therefore cooling requirement. In contrast, CAES barely deteriorates (1-2%) if well maintained.

In considering different storage technologies, it is important to determine the number of services that the storage can deliver concurrently, using the same resources (i.e. not sub-dividing the plant’s output or storage capacity), e.g. one of Storelectric’s plants can deliver concurrently a range of services that require many same-sized batteries:

The grossly inefficient, costly and inadequate purchasing of such services from batteries is a well-predicted direct consequence of salami-slicing services. Yet even with all these advantages, the Levelised Cost of Storage of Storelectric’s CAES is lower than that of any other electricity storage technology of similar scale and duration:

Battery performance and life are very severely affected by the temperature of the environment, with both high and low temperatures greatly reducing both. This means that they need large ancillary loads for both heating and (mainly) cooling to operate year-round in most climates. Evidently these costs are location-specific, though already high for cool and temperate climates.

This tends not to be noticed in domestic and commercial scale batteries which are small enough for convection to work, and many are located within temperature-controlled buildings so the costs of heating and cooling the battery are hidden in the building’s heating and cooling costs. Grid connected batteries, on the other hand, are stand-alone and so require dedicated ancillary systems whose costs are more easily measured.

There are indeed other battery chemistries than lithium-based ones, but they are a small minority, have little traction and receive a tiny fraction of the investment as lithium. So the availability of lithium is critical to strategies based around batteries enabling the energy transition of transportation (EVs = Electric Vehicles), electricity systems (grid-connected batteries and V2G = Vehicle-to-Grid storage) and portable devices, the three principal applications for batteries.

There is sufficient recoverable lithium in the world to power only 77% of vehicles by 2080, ignoring any use of lithium for the electricity sector (which uses three time as much energy as transportation, including gas as it will be replaced by both P2G [Power to Gas, including electrolysis of water to produce hydrogen] and electrification), portable devices and other uses. This ignores electricity systems and portable devices.

If the 40-60 gigafactories currently planned world-wide are built, they would exhaust the lithium deposits in all current and under-development fields in 2-10 years according to figures from The Economist:

Plans for the electricity sector require similar amounts for grid-connected batteries, which domestic batteries may double. And then the global growth of portable devices and fixed installations of battery devices (e.g. wall-mounted controllers and sensors) need adding. There is further discussion on pages 22-24 of this analysis.

Many object that lithium prices have decreased in recent years, indicating a surplus of lithium. It doesn’t: it indicates that supply has grown faster than demand. This will be rectified if the energy transition proceeds as planned. Recent analysis by Benchmark Mineral Intelligence shows, even with rapid growth of recycling (using methods as yet undeveloped) and a large projection of new projects, supply fails to keep pace with ever-increasing demand. And the levelling-out of new projects shows how new supply will hit the ceiling of recoverable resources in the earth’s crust.

Grid-connected batteries of all types have a long history of spontaneously exploding or catching fire, around the world – 23 in South Korea alone in just a 22-month period to May 2019. CAES does not have such issues – and Storelectric’s Green CAESTM burns no gas.